Hola! Bonjour! Salve! These are just some of the ways we learned to say hello during Language week. Leticia led Spanish and Latin lessons, Stephanie led lessons in French and Amber led the students through some American Sign Language. We all had so much fun learning about the history culture in Rome, Spain, and France. We even played a game of Lotería and the winners got to pick out a book to take home and keep. We are always interested in putting books in kids’ hands, and the winners were excited. The children also made a language passport with Latin, French, and Spanish words. There was even a section to learn the hand gestures for common phrases in American Sign Language. The kids even had an opportunity to make their name in braille! It was a week full of fun and learning, but the highlight of everyone’s week had to be Macarena dance. Until next time, adios! 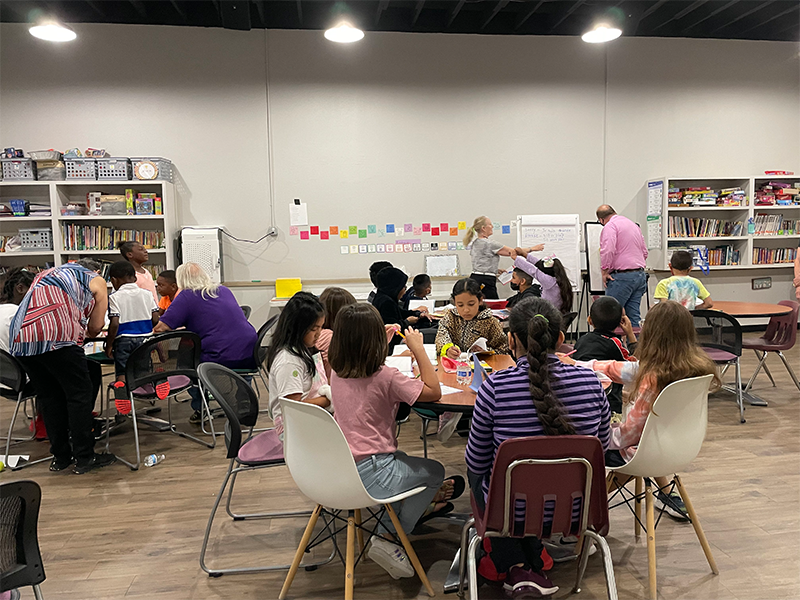 Our Most Recent Posts:

Connect your skill sets to our pressing needs!

Stay updated with all our latest news, classes, and events!
Keep up with Fort Bend Hope!

Fort Bend Hope
Sign-up for our Email List! Stay updated with all our latest news, classes, and events!